Almeria – appetizers for all 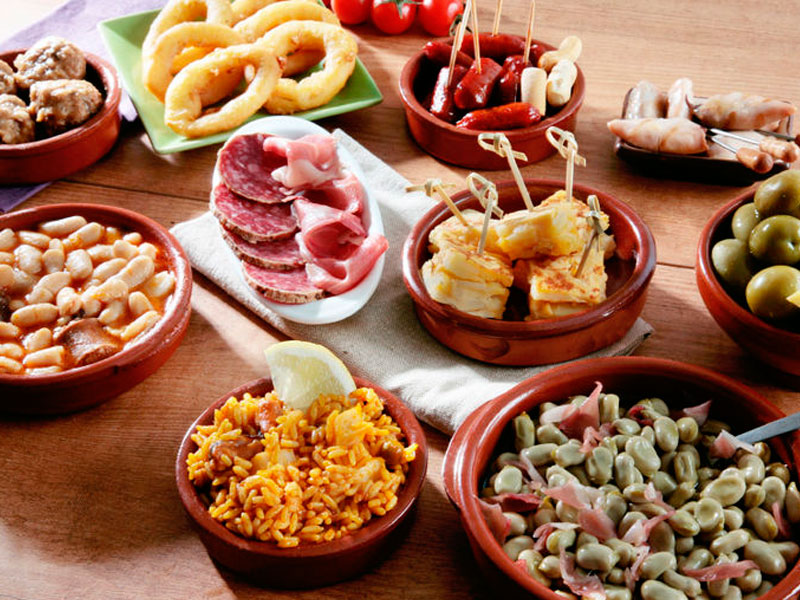 The art of the appetizer or “tapa” as it is called in Spain, the small bite size gastronomic delights have a special flavour in Almeria. Touched by the exceptionally mild climate as is all the cuisine in southern Spain, Almeria has a selection of dishes which are well known throughout the world such as, coloured garlic, tuna with tomato, chard, asparagus or the classic “pescaitos” (small fried fishes), smoked ham and Spanish omelette…

The appetizers in Almeria are a ritual, as in most of Andalusia, and there are many bars that throughout the year, organize competitions and special themed routes with appetizers, such as that which was arranged during last winter, called “Cinema and Appetizers”. An original mixture of the two sides of this Andalusia region, the connection with the cinema industry (as the setting for such fantastic films as Cleopatra) and traditional cuisine.

One of the flavours that you cannot miss during aholiday in Almeria is the famous gazpacho, which is not only typical but also topical because in this Andalusian province, it has a special taste. Another of the most interesting local appetizers are “migas” (crumbs) which taste even better accompanied by a good cold beer or “ patatas en ajopollo” (potatoes in garlic sauce).

In the area of Roquetas de Mar, where you will find one of our best hotels in Almeria, there is an ample range of places where you can try all these specialities, served on a small plate but full of delightful flavours.

From Protur Hotels, we invite you to discover Almeria – Appertizers for all

Why not try sporting activities during your holidays?

THE CULINARY EVENT OF THE YEAR!

You can find out more about which cookies we are using or switch them off in settings.

This website uses cookies so that we can provide you with the best user experience possible. Cookie information is stored in your browser and performs functions such as recognising you when you return to our website and helping our team to understand which sections of the website you find most interesting and useful.

Strictly Necessary Cookie should be enabled at all times so that we can save your preferences for cookie settings.

If you disable this cookie, we will not be able to save your preferences. This means that every time you visit this website you will need to enable or disable cookies again.